Posted at 13:53h in Advice for Sellers by Sheryl Petrashek
0 Likes 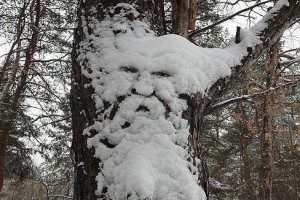 Low Inventory in Minneapolis, Minnesota (March 12, 2014) – The 13-county Minneapolis-St. Paul metropolitan area housing market was negatively affected by the extreme winter. Inventory levels are also still hovering at a 10-year low, meaning consumers have far less product to purchase than in recent years. Another factor dragging down the headline numbers is the shift away from distressed homes and back toward traditional activity. Most indicators continue to suggest ongoing recovery, stabilization and normalization. Spring will offer better clues as to the health of the Twin Cities housing market.

Although new listings declined 5.0 percent to 4,616 overall, seller activity is likely to pick up during the spring and summer months. Additionally, and as has been the case for 22 consecutive months, new listings in the higher-priced traditional segment rose 9.1 percent over the same period, while foreclosure and short sale new listings fell 34.5 and 54.6 percent, respectively.

On the demand side, closed sales were down 14.0 percent to 2,465 properties overall, which speaks to the low number of weather-impeded purchase agreements entered into during January. Once again, traditional closed sales were up 6.7 percent while foreclosure sales and short sales fell 33.4 and 61.9 percent, respectively. Consumers shopping for homes now have 11,975 properties to choose from – or 9.6 percent fewer than February 2013.

“It was an interesting month,” said Emily Green, President of the Minneapolis Area Association of REALTORS® (MAAR). “While the market shifts back toward where it was before the bubble, we expect to see foreclosures and short sales become less prevalent, which can dilute overall numbers. Then you have the weather.”

As a result of this shift, the median sales price for the metro rose a strong 14.4 percent to $183,044, officially marking 24 straight month of year-over-year median price gains. Last February, foreclosures and short sales comprised 43.9 percent of all closed sales. This February, these segments made up 30.3 percent of all sales. Traditional homes are selling at a median price of $210,000; foreclosures for $131,100; short sales for $150,000.

On average, homes spent just 99 days on the market, 10.8 percent less than last year. Sellers are receiving an average of 93.5 percent of their original list price. The Twin Cities now has 2.8 months’ supply of inventory, suggesting a favorable selling environment. Importantly, interest rates remain affordable and well below their long-term average.

“The fundamentals haven’t changed.” said Mike Hoffman, MAAR President-Elect. “Our local economy is diverse and growing and so is our population. It’s important not to read too much into minor fluctuations like this.”

Posted by Aubray Erhardt at 10:34 AM | Permalink