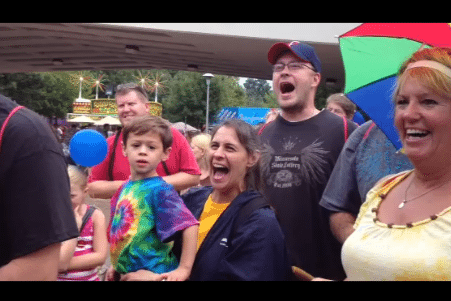 29 Aug Remax Results at the State Fair, a study in sociology…

Posted at 13:31h in Moving to Minnesota by Sheryl Petrashek
0 Likes

We had a fantastic time at the Minnesota State Fair on Saturday!  Remax Results sponsored a booth for the day and we had a line up of people all day long.  One of the owner’s of Remax Results, Marshall Saunders rented a basic spinning wheel and boy did it draw in people. 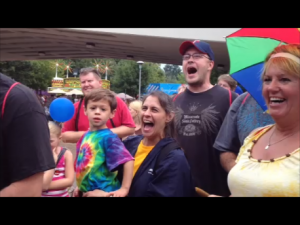 Remax Results entertains the crowd at the Minnesota State Fair

The prizes won on the wheel were just trinkets which we were giving out anyway, but the allure of winning something was so strong that people stood in line.  The prizes included bicycle lights, Remax pens, stickers, temporary tattoos, key-chains, magazines and other small items.  The kids got a big kick out of it.

During much of the day, there was another prize offered on the wheel, a pair of Twins Tickets!  Marshall is a big Twins Fan and he kept the tickets buried in his coat.  Each time someone won, he would pull them out and generously hand off two tickets to an upcoming game.  Based on the number of people waiting to spin the wheel, Twins tickets was certainly a prize worth waiting to win!

The crowd didn’t have a lot of questions about Real Estate, but the Minnesota State Fair is a place people go to relax and not think too hard.  It’s no wonder the fair goers were more focused on the Magic Spinning Wheel and Twins Tickets than the value of their property.

We had fun and we hope folks remember Remax Results in the most positive way!  Who else could make their kids feel so special for winning a bike light, or a pen?